I had so much fun coloring this cupcake that I had to do it twice. Here is the Copic version> I had to go with a more masculine look this time. 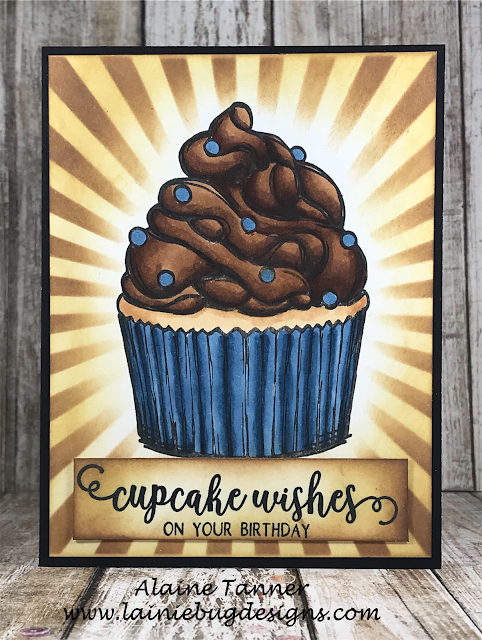 Doesn't all that chocolate frosting look delicious. I was so happy with how this card came together. 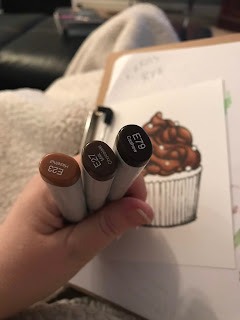 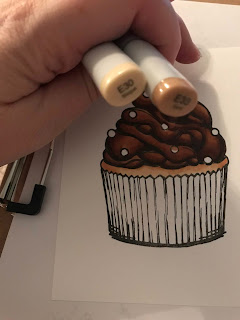 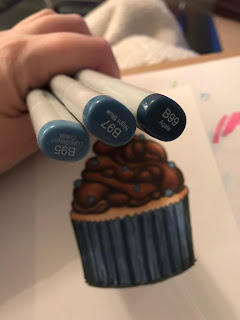 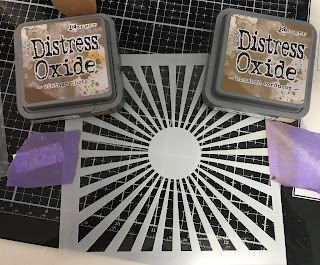 My favorite part of this card is the Sunburst around it. My husband walked in and said it made the cupcake pop and ask to be eaten. I trimmed down the cupcake panel to 4 1/8" x 5 3/8". I took my sunburst center and had the circle over the middle of the cupcake and taped it down with purple tape.

I started out by applying Distress Oxide in Vintage photo really dark on the outside edges and then softening it up to a lighter shade close to the cupcake. I made sure to leave a white border around the cupcake. When I pulled the stencil off, it looked OK but not great. I wish I had taken a picture. So I grabbed a lighter shade of Distress Oxide in Brushed Corduroy and starting at the outside edges (no stencil) I just started blending it in toward the cupcake. I blended right over the top of the Vintage Photo. I blended darker at the edges and lighter toward the cupcake. I could have put the light brown down over all of it first if I had known I would need it but I actually like the color tone the Vintage photo took on with the Brushed Corduroy blended over it.

I finished off my stamping my sentiment on a separate piece of card stock and blending the two Distress Oxide inks over it, keeping the edges the darkest. 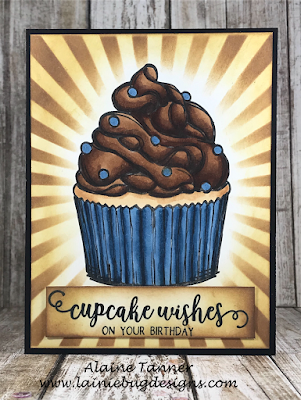 Alaine Tanner
Welcome to my blog. I have been a paper crafter for over 20 years. I started with scrapbooking and punch art and now I mainly make cards and stamp. I enjoy sharing what I make and hopefully it will be inspiring to those that might visit.