Hello. I have had this darling tiny spider stamp for a while. I pulled it and a tiny bat stamp out to play with it. The Unity Stamp Co had a mini challenge going that is drips, drops and splatters.

I decided to do some drips for a card and make it Halloween themed. 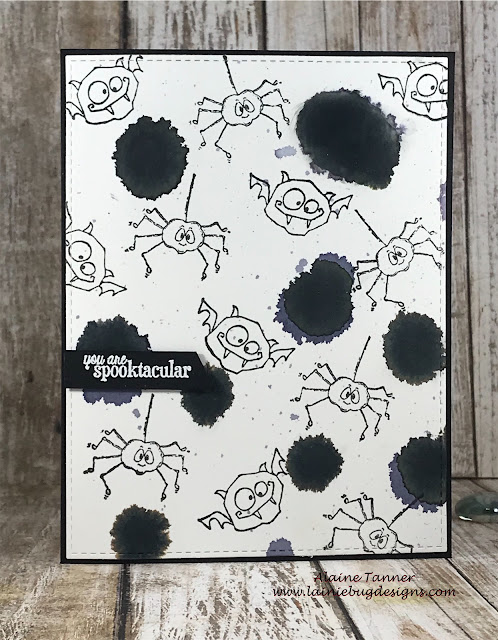 I started with an Arteza black watercolor maker and I scribbled it on acetate and sprayed it with water. I wanted big drips, so I used plenty of water and held it several inches above the paper. Once those were dried I randomly stamped the tiny spiders and bats around them. I decided the drops weren't dark enough so I did a second layer. I wish I had left them the lighter gray they were but oh well. I embossed the sentiment in white on black card stock and popped it up with foam tape. The whole panel is matted in black.

Since I wasn't super happy with the first card and I thought these spiders deserved a second chance, I made another card. 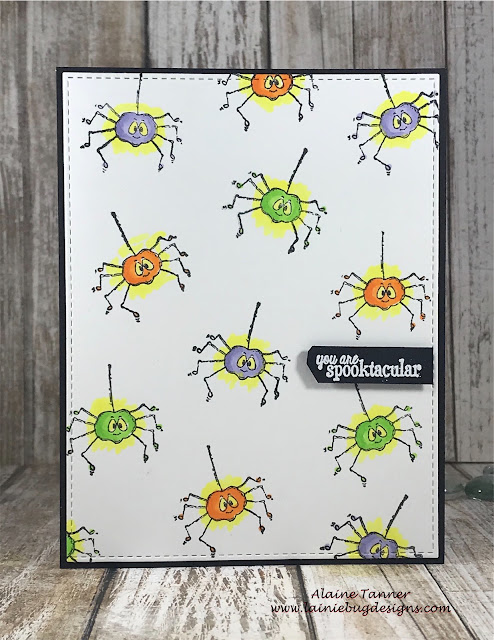 This time I just randomly stamped the spiders all over a die cut card panel. I didn't use the bats. I colored each one using just one Copic marker in each shade. I just added an extra layer around the edges to give it some shadowing. Yellow eyes and an outline make them look just a bit radioactive. I liked this card much better.  Markers used were Y02, BV01, YG05, and YR04

Alaine Tanner
Welcome to my blog. I have been a paper crafter for over 20 years. I started with scrapbooking and punch art and now I mainly make cards and stamp. I enjoy sharing what I make and hopefully it will be inspiring to those that might visit.